Using inventions in a story

If you are worried about infringement or your work has been copied and you want to take action.
Post Reply
5 posts • Page 1 of 1

Using inventions in a story

I was wondering if I can use patented/copyrighted inventions (or even those that aren't) in a story that I'd like to right. It wouldn't be as if I'm claiming to have invented them, or that I'm even making them for real, but I just thought I'd ask to be sure...

Thanks in advance!
Top

Hi Johann,
That's an interesting question. Let's look at its two parts: copyright and patents.
An invention on its own cannot be protected by copyright. However, if an author included considerable detail about some novel machine or process in a literary work, it may well be protected by copyright to the extent that it formed a substantial part of the work concerned. But that would not prevent someone actually constructing a machine etc which did what the author had described. To take a real example, in The Disintegration Machine, the author Arthur Conan Doyle described a machine capable of 'dis-integrating' objects or people and then re-assembling them. Since the machine is central to the story it would probably be an infringement of copyright (if the published works of Conan Doyle were still in copyright, which they aren't) for someone else to write a story which also featured the disintegration machine that Conan Doyle described, but there would be no objection to someone inventing or building such a thing in real life. In fact of course the transporter in the Star Trek TV series and films, is very similar to Conan Doyle's machine.
So from the point of view of you writing a story which featured someone else's fictional creation, you would need to be careful not to re-use too much detail from the original story, unless the idea itself was widely used amongst other writers in the same genre. The more central the invention is to the essence of the story, the greater the risk that copying it would amount to infringement. That said, the UK courts tend to take a broader view of what constitutes a substantial part when considering individual plot or character details, compared to the US courts which recently held that the Batmobile from the US TV series was a protected 'character'.
As for an invention protected by patent, you should be fairly free to incorporate it in a work of fiction because the Patent Act only prevents the making or importation of an actual product subject to patent, or if it a process, use of the process, without authority.

I hope this answers your question.
Last edited by AndyJ on Fri Apr 26, 2013 8:18 am, edited 1 time in total.
Advice or comment provided here is not and does not purport to be legal advice as defined by s.12 of Legal Services Act 2007
Top

Wow...yes...that's a pretty perfect answer, actually...and so swiftly given, too! Thanks...(I just have some furniture which is basically exactly the same as some Ikea designs...)
Top

Thanks for the additional information. Designs for practical things like furniture generally would not be patentable unless they incorporated some novel mechanism or did something new (the Corby trouser press comes to mind). The main protection for mass produced items comes from Design right, and just as with patents, you would not be infringing design right by including the articles in a work of fiction. Also, if you intend to use the trade name Ikea, that would not ordinarily infringe the Trade Mark of the company because you are not selling goods similar to Ikea, thus what you would be doing is not in the course of trade as is meant by the Trade Marks Act.
Some very stylish furniture designs, such as the Eames lounge chair shown here, 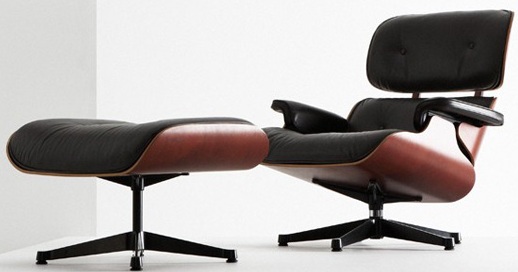 can be protected by copyright if they embody a high degree of aesthetic appeal not necessary for their basic function, such that they could be described as works of artistic craftsmanship, but once again, just describing their use in a work of fiction wouldn't infringe copyright.
Last edited by AndyJ on Sun Apr 28, 2013 5:37 pm, edited 1 time in total.
Advice or comment provided here is not and does not purport to be legal advice as defined by s.12 of Legal Services Act 2007
Top