Hi
Could you please help me. I would like to sell items with images of front covers of classic books. Am I allowed or are the front covers protected by copyright?

Hi Esther,
A lot depends on the cover. For example if it was a Mills and Boon with a drawing on it, I think copying that would cause problems because the artwork is clearly a separate work from the book itself, albeit maybe it is based on the theme of the story. The same would be true if a photograph formed the main illustration.
However if it was something like this Penguin from years ago: 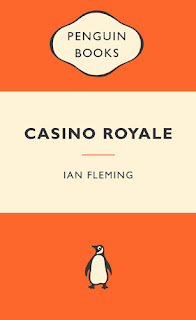 then you would be on much safer ground. The reason for this is that there is very little in the cover on its own which would be protected by copyright, and the cover in this case would not constitute a substantial part of the whole book. The penguin logo of course is a registered trade mark, but you would not be infringing the trade mark by using it within another type of product unless it was a book or similar publication or there was a signficant chance that the public would be mislead into thinking your product was authorised or issued by Penguin Books Ltd.
I assume that you are more likely to be interested in the former type of cover rather than the latter, in which case, it would be worth contacting the publishers and getting permission. If the particular edition of the book you are interested in is now out of print, I suspect that most publishers would be fairly relaxed about your proposal.
Good luck
Advice or comment provided here is not and does not purport to be legal advice as defined by s.12 of Legal Services Act 2007
Top

Thank you so much for your reply. Yes, I would be interested in the first edition of classic books. If its just a case of simply to writing to the publisher for permission, ill give that a go.
Regards.
Esther
Top
Post Reply
3 posts • Page 1 of 1